Get fresh music recommendations delivered to your inbox every Friday.
We've updated our Terms of Use. You can review the changes here.

by The Miserable Rich 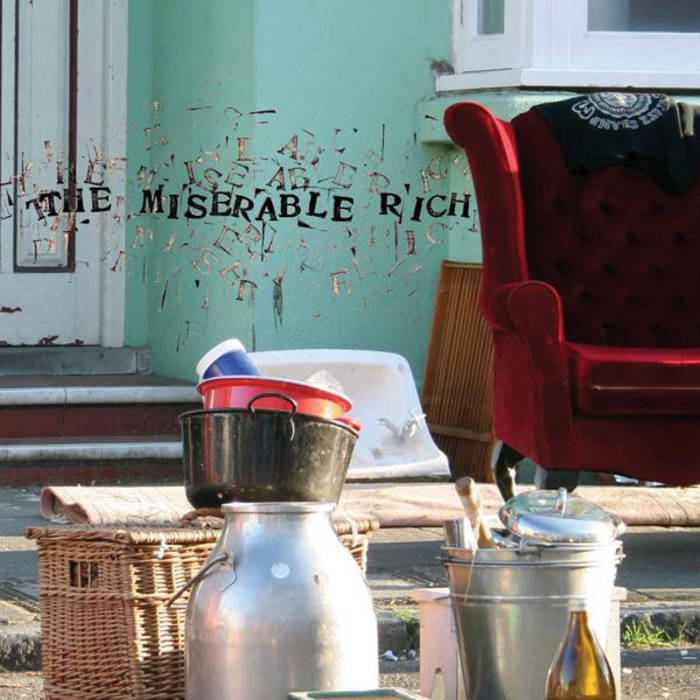 I remember my first concert so well.
The miserable Rich together with Kenneth Minor.
It's one of my favorite stories to tell and a beloved memory!
Favorite track: Boat Song.

Our debut album, from way back in the wrinkle-free days of 2008.


" ...their lush orchestro-folk is so heartbreakingly beautiful, it reduces anyone who hears it to a weeping mess."
8/10 NME

"Recorded in the front room of singer James De Malplaquet’s Brighton home, The Miserable Rich’s striking, fully fledged debut immediately sets them apart. Five in number, they play what can perhaps be best described as acoustic chamber pop, everything coming decorously draped with the rather mournful accompaniment of cello and violin. Beyond that, though, it’s De Malplaquet’s warm, hazy voice coupled with the songs’ ruminative aspect that impress most, from tales of drunks and bonnie barmaids to such beautifully tender moments as Boat Song and The Knife Thrower’s Hand. A handsome, original start."
Q

"There is no other band around at the moment who creates music like this, and yet Twelve Ways To Count shows how simple and effective it is. With delicate singing, plucking strings and floating violins, any of these twelve tracks can lift you up and carry you along a cloud into a tranquil equilibrium... they have created a piece of art that is gentle brilliance which needs to be introduced into your life."
Bearded

"A beautiful, intelligent and smart album, Twelve Ways To Count shows The Miserable Rich are a rare find."
4.5/5 Subba-cultcha.com

"...a cracking album full of tender, dark, warm, thoughtful and euphoric songs that'll keep you humming along all day long"
Piccadilly Records - Record of the Week

the sound of one lip kissing.

Bandcamp Daily  your guide to the world of Bandcamp

Sampa The Great joins the show to discuss her release, "As Above, So Below".